Hello, I am Natalia Yurevich, the founder of Made in Marais. 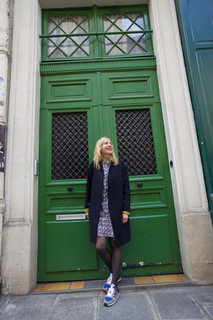 I live in the neighbourhood of MARAIS in Paris.

I regularly travel to Los Angeles for work and for personal reasons. At some point in L.A., I also discovered an area that felt like it had the right vibes.

I fell for DTLA (Downtown Los Angeles) and its amazing people.

On the first sight, DTLA might not resemble Marais too much. Yet, both neighbourhoods are home to so many unique makers & cool places. Both boast an interesting & exciting history. Both feel like urban villages with a high degree of creativity, liberty, and friendly community life.

If you like traveling, you’ve probably already met people who always want to go back to Tokyo. I am one of them.

Before going there, I asked a Japanese friend who lives in Paris to recommend me an area that would be “similar” to Marais.  This is how I discovered the neighbourhood of DAIKANYAMA.

It is packed with quirky shops and beautiful cafes. It is easily walkable, centrally located, cosy, it is good for people-watching. I became a fan.

Before launching this website, I’ve been running a blog about the neighbourhood of Marais in Russian.

One day, I decided I wanted to study again.

The company I was working for offered to finance my MBA.

I’ve never thought I would do an MBA in my life but then it felt like the opportunity to learn something entirely different, so i gave it a try.

A guy at the admissions said he liked the idea of a neighbourhood blog about Marais, even though he couldn’t read Russian.

I told him I wanted to start an English version. He asked why wouldn’t I write about other neighbourhoods of the world. 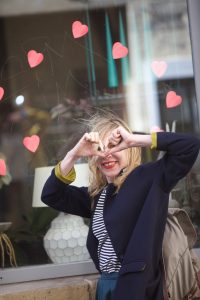 I liked the idea.

First, I wanted to go back and start a huge thing with the information about the best neighbourhoods in the greatest cities of the world.

But then I noticed how lost I felt every time I found myself on the sites with too many places to visit, too many things to do, too many resources.

So I decided to keep it simple.